Exploring by foot is one of the best ways to take in the sights, which is exactly why blogger and music lover Lis embarked on an unforgettable walking tour of Toronto…all in her trusty Tone® GTX shoes.

This city has one of the most extensive and reliable public transport systems in the world, incorporating bus, subway and streetcar. And yet, in our week there, we barely used any of it, choosing instead to walk pretty much everywhere. 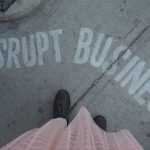 The perfect shoes for exploring

You see, Toronto is also a walking city: both above ground, in the conventional way, and via the PATH, a 30km network of underground pedestrian tunnels and walkways connecting the office towers and transport hubs of downtown Toronto. It’s also, apparently, the largest underground shopping complex in the world, hosting four million square feet of retail space all of which is closed on a Sunday. Navigating that on our way to the airport at the end of our trip, in the company of three award-nominated crime writers, was a highlight of the week, but only because we all made it out alive.

Before we set off, my pals at Hotter Shoes gifted me a pair of their new Tone GTX® shoes*, incorporating waterproof and breathable GORE-TEX® technology. The lightweight style, with its cushioned leather insole, deep padded collar and springy polyurethane sole has been a staple of Hotter’s activewear line for years, but this is the first time they’ve incorporated GORE-TEX® into the line. The result is a shoe that’s hard-wearing enough for most weather conditions, stylish enough for work and – as you’d expect from Hotter – comfortable enough to wear all day. However far you walk.

From our base at the Sheraton Centre – one of Toronto’s tallest hotels – we were ideally placed to explore the city on foot, and quickly fell in love with the place. Pack your walking shoes, and let’s go…

WALK ONE: CHINATOWN AND KENSINGTON MARKET

Head west from the Sheraton along Queen Street for about a mile, then turn right onto Spadina Avenue, and you’ll hit two of Toronto’s more interesting areas to wander around.

Downtown’s Chinatown is actually one of around six major Chinese-Canadian enclaves in the greater Toronto area, as well as being the second largest Chinatown in North America. We went quite early in the morning (east-west jetlag is a strange beast), but I imagine the smells from the multitude of markets and restaurants that line the streets would be incredible later in the day – and I could tell, when I passed through on the 510 streetcar after a gig towards the end of my trip, that the area is lit up and bustling late into the night. 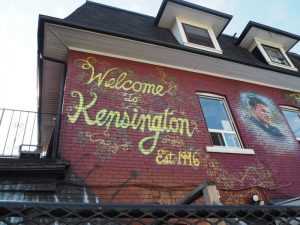 Once you get off the main road the area remains pretty residential, and one thing that struck us as we passed through was how well it had resisted the gentrification that’s robbed similar areas in the likes of London of much of their distinctiveness. The same can be said for Kensington Market, which has been designated a National Historic Site of Canada and counts coffee shops, boutiques and independent restaurants alongside the open-air market. An attempt by Nike to open a retail outlet in the area famously ended in failure, and even now you’ll struggle to find many familiar names in the crowded streets.

Head east along Dundas from Kensington Market to finish your day at the Art Gallery of Ontario, which hosts the country’s largest collection of Canadian art among a permanent collection of over 80,000 works.

Our second walk takes us roughly the same distance from the Sheraton in the opposite direction, crossing the 10-block area that was once the Town of York – Toronto’s historic heart – then heading south, to where a 19th century distillery has become a pedestrianised hub of arts and culture. 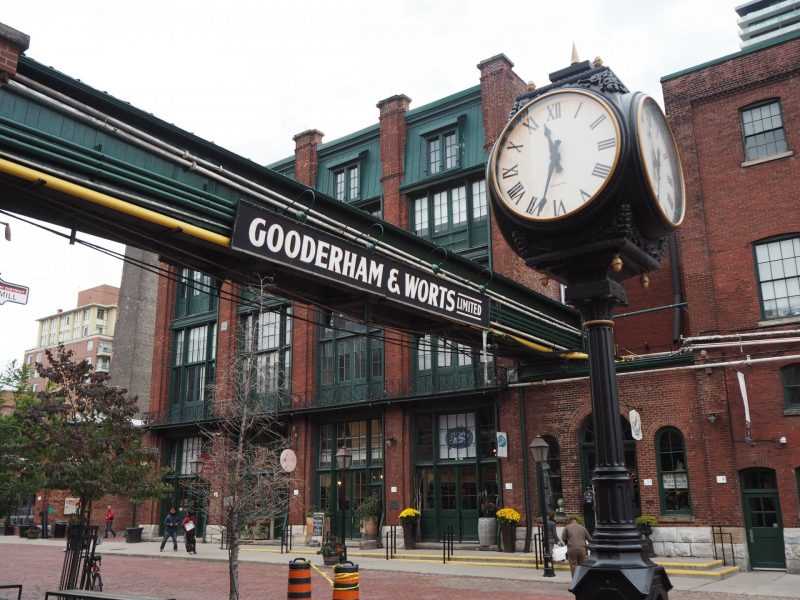 Founded in 1832 as the Gooderham and Worts Distillery, the 47 warehouses, outhouses and factory buildings that make up the Distillery District were lovingly restored and then reopened in 2003. They now house vintage shops, galleries, theatres, cafes and even a chocolate factory, and host a year-round programme of cultural and entertainment events.

Our trip to the Distillery suffered from again being far too early in the day, plus we were woefully underdressed (the day before had been like Glasgow high summer, but the temperature dropped and the clouds rolled in overnight) and a little cash-strapped so didn’t get to enjoy the cobbled streets and offbeat shopping as much as we would have any other day. The area is definitely a must-see during your Toronto trip though.

For our final walk, we’re heading due south towards Lake Ontario – via a slightly circuitous route. Heading straight down York Street will get you to the bay in 20 minutes, as we found out on our way back to the hotel, but a 10 minute detour will get you a great view of some of Toronto’s most iconic sights. 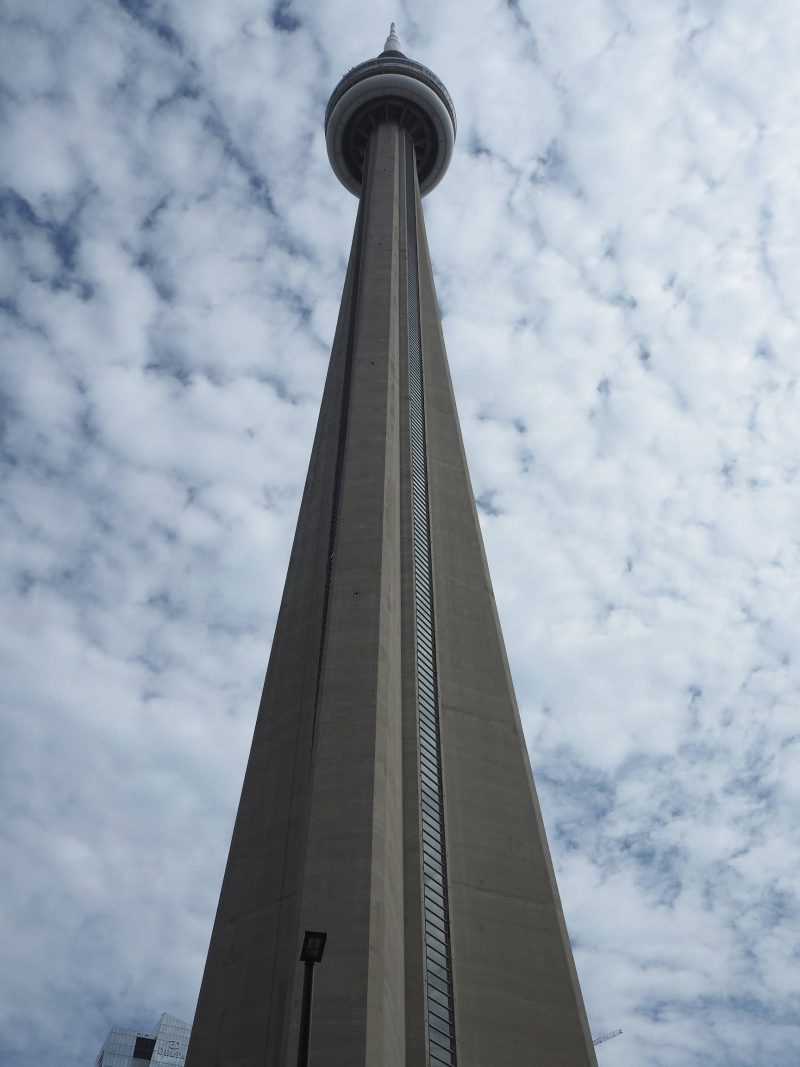 Skip around the base of the 553.5 metre CN Tower and by the Rogers Centre (home of the Toronto Blue Jays, viewed with fondness by many a Mountain Goats fan) and you’ll find yourself in Roundhouse Park. This whole area once belonged to the railways, with even the CN Tower itself – once the tallest free-standing structure in the world before it was overtaken by Dubai’s Burj Khalifa – named for the railway company Canadian National which once owned it and most of the surrounding area.

Roundhouse Park hosts a collection of historic trains, as well as the John Street Roundhouse from which it takes its name. The preserved building is now home to the Toronto Railway Museum as well as Steam Whistle microbrewery, because this is Toronto and they will put a microbrewery in anything.

The former Railway Lands could have justified a whole day’s exploring – especially if, like me, you’re a bit of a nerd for old trains – but we actually combined this walk with Walk One, above, and over an hour in the Guillermo del Toro At Home With Monsters exhibition at AGO (jet lag, remember?), so by this time we were famished. We actually arrived at the one point of Toronto’s waterfront with few facilities – and not many more boats – but another five minutes around the bay brought us out into the Queen’s Quay Terminal complex where there were a bunch of restaurant options including the Goodman Pub and Kitchen.

Let me tell you: after 17,000 steps (even in comfortable shoes) a girl deserves her spiced watermelon sangria.

You can’t beat the feel for a new place that you get when you explore it on foot, although Toronto is a huge city and we only covered a small part of it. Regardless, I absolutely loved what I saw of the city: its distinct and diverse neighbourhoods reminded me of Glasgow, so it’s no surprise that so many Scottish people (including some of my own ancestors!) made Ontario and the rest of Canada home in the 19th and early 20th centuries.

I’ve got another post on my Canadian adventures planned for next week, but regardless – I can’t imagine this is the last that I – or my Hotter shoes – will be seeing of Toronto.

Thanks to Lis at https://lastyearsgirl.pixlet.net/ for letting us reproduce her story and photographs she published in her blog. 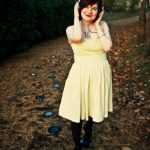 I live in Glasgow, in the west of Scotland; with my husband and two rambunctious kitties called Scooter and The Big Man – named after Bruce Springsteen and Clarence Clemons.

I describe myself as a journalist by profession because every time I’ve considered doing something else I’ve realised that I’d still have to blog about it when I got home. At the moment I’m using my Masters in the subject alongside my law degree, writing content for the online news resource of a top UK law firm. After hours I write for all sorts, generally on music: I have a monthly new music column in The Scots Magazine, the world’s oldest magazine; cover live reviews for The Herald; and pop up on BBC Radio Scotland’s morning programmes on the regular.

We have introduced you to several stars of our Hotter Originals video, next in the spotlight is Joan, Factory, Warehouse and Returns Manager, an…